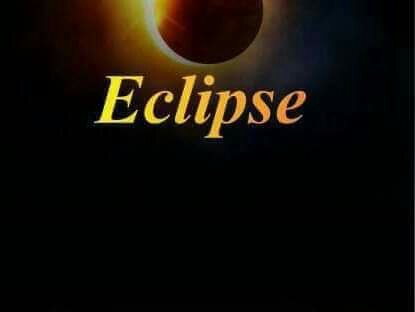 WEST AFRICA 1967
The welter events of the civil war left an indelible mark which was visibly etched for a longer period of time in the eastern Nigeria. When the leaders of the Igbo called for a separation of the new acclaimed nation, Biafra from Nigeria; it sparked up a fire that burnt continuously for three years.
Almost everyone in Biafra had thought the rumours were false until the series of unfortunate events started.
Overcome by frustration and desperate love, serenity and freedom, Obianuju thrives in the heat of the war even though she almost loses everything she was fighting for.

This story is a compelling tale about the lives of the common Igbo men, women and children. The suffering they had to go through for a period of three years. The Biafrans were killed and tortured by the Nigerian Armed forces and their own soldiers also oppressed their own people.
The war was not favourable to the Biafran people in any way. While some of them had hope in Ojukwu and his dream for an Igbo nation, most of them cursed him for plunging them into such predicament.

“Will he be the only one to live in the Biafra he is fighting for?”

This was the cry I could hear from this tale.

All they sought for was then freedom to control their own affairs but it was not peacefully given.
Ucheagwu rather than Obianuju in this story intrigues me. I still remember him as clear as day though I have finished reading this book for about twelve days now. Ucheagwu, the husband of Obianuju.
Ucheagwu, the man who stuck to his wife though she bore him no child after three years of marriage. The man who was caught in the bomb blast of Onitsha and almost died. The man who woke up to a new world without a past because of amnesia. The man who had to live among those thirsty for the blood of his own people. The man who in spite of it all found his way back to the woman he loves with his entire being. A woman transformed by the war and many losses. Though they were both a rich and learned couple yet they were impoverished by the war.

Obianuju story tells of a strong woman. Her losses, fears, pain and how it changed her into someone she could not recognise.

The story of Akueke is particularly sad. She was abducted alongside other girls by some Biafran soldiers and they were told they would be protected. Instead they were severally raped and some of these girls died in the dark room they were forced to stay in.
Akueke had a lover who went to war, Chibuzor. After fighting for her freedom she reunites with her lover who shoots her unintentionally. She dies in his arms after managing to tell him how she had suffered. Chibuzor shoots himself after she breathes her last. It was indeed a Romeo and Juliet case.

So many lives were affected. War had its mark on this people and I don’t think they will ever forget.
The land of the rising sun was indeed plunge into total darkness – the thick black darkness which human eyes should never look into lest they go blind.

Chimamanda Ngozi Adichie book Half of a Yellow Sun also tells the story of the Biafran war from a different perspective and through the eyes of other commoners who lived in those turbulent times. If you have enjoyed her book, I’m sure you would love this too.

To get a copy of this book contact the author.

He presently blogs at Nednwabunikeblog

Freelance editor, teacher, writer, daughter of the most high God, saved and living by amazing grace. I love writing. I'm an introverted extrovert, who loves exploring the world through books. View all posts by Booky Glover Oyindamola

An expression of me

Freelance editor, teacher, writer, daughter of the most high God, saved and living by amazing grace. I love writing. I'm an introverted extrovert, who loves exploring the world through books.

You Can save your marriage with the right knowledge

writing circles & poetry to keep your light on

Be Authentic Be true. Be you

Free form of poetry. There are no limits.